Port wine (also known as Vinho do Porto, Porto, and usually simply port) is a Portuguese fortified wine produced exclusively in the Douro Valley in the northern provinces of Portugal. It is typically a sweet, red wine, often served as a dessert wine, though it also comes in dry, semi-dry, and white varieties. Fortified wines in the style of port are also produced outside Portugal, most notably in Australia, France, South Africa, Canada, India, Argentina, and the United States. Under European Union Protected Designation of Origin guidelines, only the product from Portugal may be labelled as port or Porto. In the United States, wines labelled “port” may come from anywhere in the world, while the names “Dão”, “Oporto”, “Porto”, and “Vinho do Porto” have been recognised as foreign, non-generic names for wines originating in Portugal.

The Port Wine is divided into three big families, White, Tawny and Ruby, being the first made from white grapes and the other two, from red grapes. The White Port offers a range of colors that can vary from pale white to amber. The Ruby family admits red tonality that extends from light red, to very dark red, almost black. The tawny family usually extends from colors like auburn, copper and amber.

Tawnies are amber-coloured to brown, and nutty-dried-fruit-figgy in flavour thanks to years of slow, controlled oxidation in large wooden barrels or vats. They go by two names, either Colheita (specifying a vintage) or Aged Tawny (with a number of decades declared on the label, from 10 to 40 years). Aged tawny is leaner and more spirit the more decades it declares.

Colheitas and Aged Tawnies are best served chilled, summer or winter. They might be an aperitif, or drunk at the end of the meal, perhaps with walnuts to nibble. 10 or 20-year-old are the best of all ports for Stilton, and delicious with Portugal’s star cheese, Queijo Serra da Estrela.

Ruby Ports, where the Vintage port is the other top-end style, are redder, firmer, slightly sweeter and fruitier than tawny. You can really taste the sweet ripeness of the hot sun of the Douro Valley in this style of port. In years of old, vintage port had to be kept for years for its tough tannin and spirit to soften to drinkability. Now the spirit used to fortify port is of finer quality, and modern methods in vineyard, cellar and warehouse make vintage port a more balanced, less tannic wine that is drinkable after only a few years, although it will still age and develop complexity. There are numerous more modest categories, like Crusted, Late-Bottled Vintage (LBV), Late Bottled, Reserve, Premium Ruby and Ruby.

Ruby is best drunk at cool room temperature, and is good with certain cheeses, Queijo Serra da Estrela, Queijo de Azeitão, Cheddar, even strong, unpasteurized Brie in the case of LBV. They are also a good match with bitter chocolate or coffee desserts. The French drink this style of port as an aperitif, the English after the meal – take your pick.

White ports come in various levels of sweetness. Seco (dry) is actually quite sweet, meio seco (medium dry) pretty sweet, and doce a drink for the seriously sweet of tooth. A new style of port, sweet, fortified and rosé, this is made to drink chilled and neat, or in cocktails.

White Ports are drunk as an aperitif, sometimes mixed with tonic, neat on ice, or in cocktails. There are also more expensive, longer-wood-aged versions with a nuttier flavour, also best chilled and served as an aperitif.

Port wine’s characteristics distinguish it from common wines. All varieties of Port have rich, intense, and very persistent aromas and flavor, with high alcohol content (usually between 19% and 22% vol.). They exist in a variety of sweetness and colors. In order to identify the several types of Port, some designations are used.

Vintage is an excellent quality wine made up of one single harvest. It is considered the king of Port wines, representing only a small percentage of the total production of Port.

It is bottled between the 1st July of the second year and the 31st December of the third year after harvesting. Although it can be immediately consumed, it is usually kept in ageing cellars for a period that can last up to 40 years.

It is a very dark, full bodied red wine that becomes softer after ageing in bottle.

Single-Quinta is a wine that undergoes the same production process as a vintage, but comes from a single farm (big companies considered that the year was not enough to qualify a wine as vintage).

Port wines have different denominations according to the type of ageing.

Wine whose colour resembles that of the precious stone called ruby. This happens because the ageing process has little or no oxidation (usually up to three years in wooden barrels). It is a young, full bodied wine rich in fruity aromas.

This category is applicable to Tawny and Ruby wines. Ruby Reserva are more aromatic, fruity and have a more complex structure than Ruby. The blends used in the production of Ruby Reserva undergo a more careful selection than the ones used in the Ruby category.

Port wine obtained from blends of, usually, 3 year-old wines aged in wine seasoned casks. This way, they don’t present the characteritsics of oak ageing. During the ageing process several rankings are performed in order to force oxidation and endow the wine with a golden color.

This category is applicable to Tawny and Ruby wines. Tawny Reserva wines have higher qualities than Tawny and their tones vary according to the winemaking processes: they can be red, similar to rubies, or brownish, resembling the color of oldest tawnies. Tawny Reserva is obtained from the blend of 5 to 7 year-old wines.

Good quality Port wine with permission to use age designation. Age designations are: 10 year old, 20 year old, 30 year old and over 40 year old. This Port is a tawny obtained from a blend of wines from several harvests in order to join different organoleptic characteristics (colour, aroma and flavour). The ageing period in wood is variable and the age on the wine’s label corresponds to the average age of the different wines used in the blend (mixture of two or more grape varieties).

Good quality tawny Port from one single harvest. Before being bottled, the wine goes through an ageing period in wood of, at least, seven years. Although Tawny is not a blend wine, it undergoes rackings and fillings during its ageing process. While the wine ages, its fresh, fruity aromas oxidise and are transformed into a bouquet (group of aromas), from which the aromas of dry fruit, wood and spices stand out.

Good quality Port wine with good ageing potential. It has a harvest date and is usually obtained from a blend of wines from that harvest. Its ageing takes place in large vats, oak tuns or stainless steel tanks in order for the oxidative evolution to be extremely slow. LBV is bottled between the 31st July of the fourth year and the 31st December of the sixth year after harvest.
In the Late Bottled Vintage category one also finds the “Envelhecido em garrafa” or Bottle Matured Port. This is a high quality Port that ages in bottle for, at least, three years and can thus create a deposit.

High quality Port wine. It is obtained from a blend of wines from different harvests and bottled after 3 to 4 years of ageing in wood. The wine’s peculiar characteristics create a deposit (crust) in the walls of the bottle.

Rose is the most recent innovation in the Port Wine world. It’s a fresh, smooth and versatile Porto wine. The pink color is obtained by maceration of very intense red grapes and the process excludes oxidation during its storage.

White Ports differ from each other’s in sweetness and ageing period. The youngest Ports are normally drunk in the beginning of meals. The oldest ones have longest ageing periods and intense flavors and should be drunk at dessert. According to sweetness level white Port has four categories: Extra Seco, Seco, Doce and Lágrima.

It is a higher quality white Port and is obtained from the blend with an ageing period in wood of, at least, seven years. Has golden colour and persistent flavor. 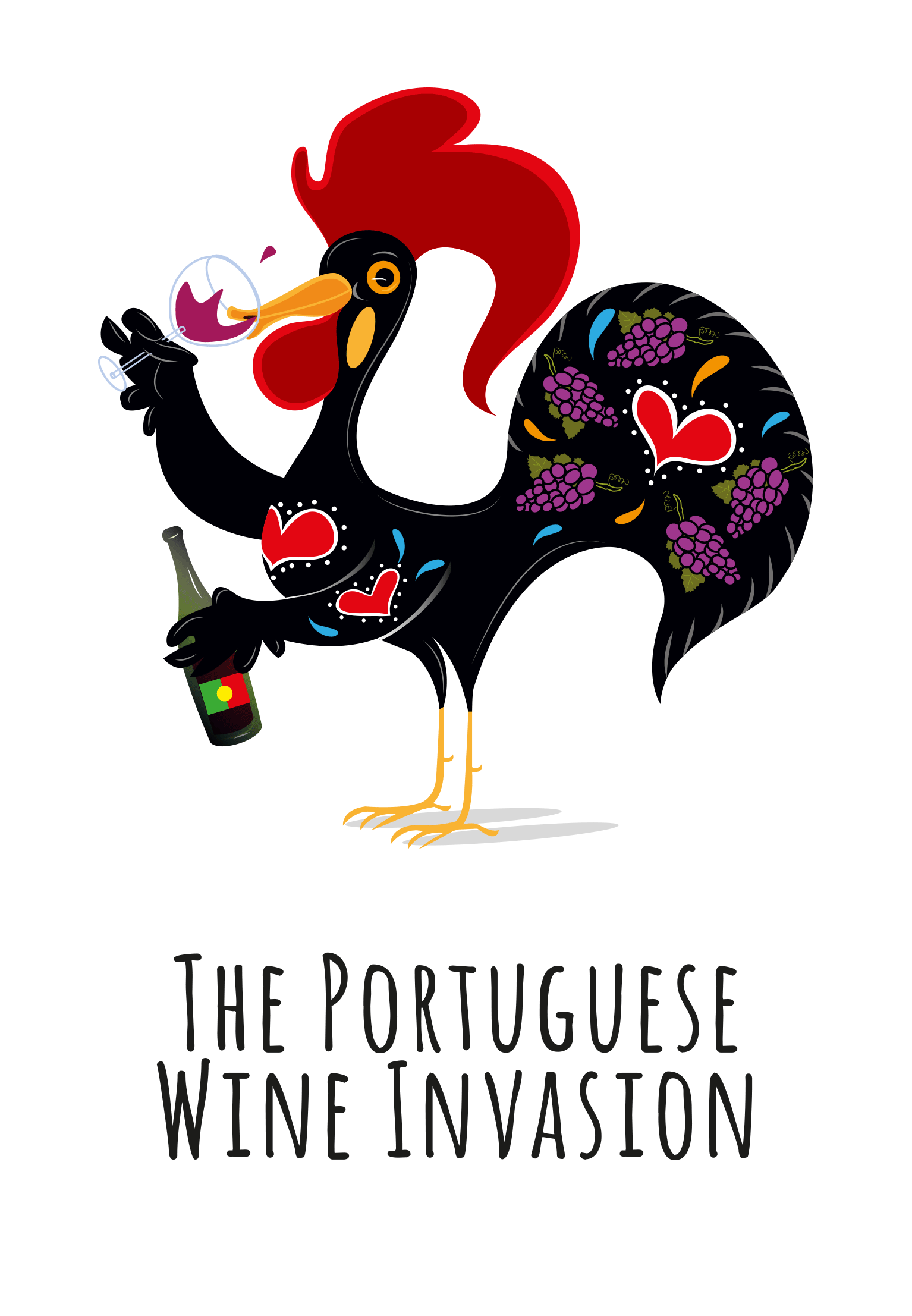 It's no secret that Portugal has gifted the world with astounding fortified wines for over 200 years, yet what has remained a well-kept secret, in recent years, is that Portugal's table wines have reached new crescendos of quality, while maintaining a firm grip on vino value. While fortified wines, largely Port and Madeira, have been the exclusive focus of Portugal's wine scene for centuries, it's the Portuguese table wines that have started garnering some well deserved notoriety abroad.